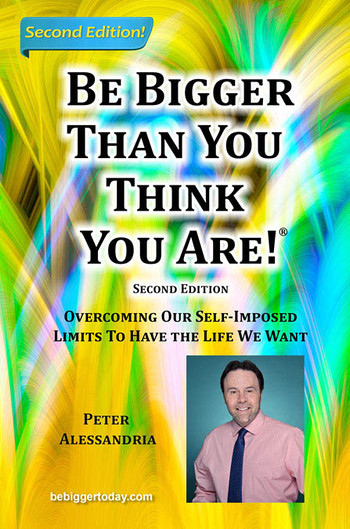 Peter was born and raised in New York City. After attending college, law school and graduate business school in upstate New York, he moved to Los Angeles to pursue a career as an entertainment attorney. Today, he is an award-winning, internationally-published photographer, author, TEDx speaker and filmmaker based in the New York City area.

Peter’s work as an attorney in the film and television industries sparked his own interest in the creative process. He became fascinated with filmmaking and photography and while he kept his day job, he spent nights and weekends learning how to be a filmmaker and photographer.

Things changed dramatically for Peter in 2008. That year, he lost his law practice in the turmoil caused by the Global Financial Crisis. In the days and weeks that followed, he struggled with what he was going to do with the rest of his life. It was only after much deliberation that he decided to follow his passion, and in late 2009, he began pursuing a career as a professional photographer.

Since making the transition, Peter has won more than 75 Awards for his photography. His images have been published online (The Huffington Post, NBC-TY NY, Fox 5 TV NY, NY1 Spectrum News and elsewhere), and in newspapers and magazines around the world. His photos have also been shown on several television programs including The Weather Channel’s “It’s Amazing Out There!”, “Good Day New York” (three times), and LIVE With Kelly. National Geographic selected one of his photos as “Photo of the Day” on their website, and his pictures have been published in Digital Photo Magazine (twice), ACS Magazine, and Lens Magazine (twice). He was a finalist in The Weather Channel’s 2016 Photo Contest, as well as the 2015, 2017, 2018 and 2019 Empire State Building Photo Contests.

Peter was also an Official Photographer for Fireworks by Grucci®. One of the preeminent fireworks performance companies, he travelled the world photographing their performances, including two trips to Dubai, the Maldives and various locations around the North America.

Peter frequently speaks and lectures on various topics. In 2017, he spent a week in Columbia, South America speaking at three different colleges about his career, life in the US, and doing what we love in life. He has also spoken at Fordham University as well as to the Princeton Photography Club and various other professional and amateur photography groups in and around New York and New Jersey.

Peter is also the co-author of a New York City photography book entitled “New York Cityscapes” (2018 Amherst Media). The book is a collaboration with six other NYC photographers and showcases each photographer’s unique take on The Big Apple.

Peter’s sells signed, framed Limited Edition prints of all his pictures. His large format work is represented by Big Wall Décor and the famed New Yorker Hotel recently acquired seven original prints as part of a permanent installation at the Hotel.

“Be Bigger Than You Think You Are! Overcoming Our Self-Imposed Limits to Have the Life We Want”

Peter started a new chapter (quite literally) in his career in 2019, when he authored his first self-help book, “Be Bigger Than You Think You Are! Overcoming Our Self-Imposed Limits to Have the Life We Want.” Despite all his success, Peter’s transition from lawyer to photographer wasn’t easy. For almost three years he struggled to get his new business going:

"I was terrified to put myself out there as a photographer. It turns out I had a really negative self-image when it came to being a creative person! Eventually, I was able to overcome my fears and self-doubt and have a very nice career as a professional photographer. How I did that is what my book is about.”

Peter published a revised and expanded Second Edition of “Be Bigger Than You Think You Are!” in 2021. You can watch videos from his online workshops and find out more about the book at www.bebiggertoday.com

Peter continues to grow as an artist. His most recent project is a feature film based on the novel, “Adventures in the Afterlife.” With over 100,000 copies sold, the book is the fictional account of one man’s journey into the afterlife. Peter is currently working on the screenplay and plans to produce and direct it as a feature film next year.

While the decision to give up being a lawyer was difficult, and at times even scary, Peter overcame the odds – and his fears. As a result, he’s been able to go on and have a life he loves!

You can find out more about Peter and see his work on his websites and Social Media pages:

What Peter's Fans and Collectors are saying:

"Peter is an excellent presenter, an excellent speaker, and a person who quickly and sincerely creates a bond with his audience."

"Couldn’t be happier.. what a beautiful image.. thank you!!"

"The reason that I buy photos from Peter Alessandria is that he goes where I haven't and brings (me) back the moments I want to continue to see, from those places. The framing is of high quality and the value is priceless for me!"