8 photos
THE STORY BEHIND THE PHOTOS


The Flatiron Building, originally the Fuller Building, is a triangular 22-story steel-framed landmarked building located at 175 Fifth Avenue in New York City, and is considered to be a groundbreaking skyscraper. Upon completion in 1902, it was one of the tallest buildings in the city at 20 floors high. The name "Flatiron" derives from its resemblance to a cast-iron clothes iron. The building was designated a New York City landmark in 1966, added to the National Register of Historic Places in 1979.
© 2010-2023 Peter Alessandria 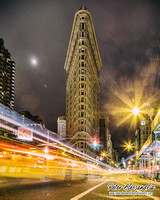 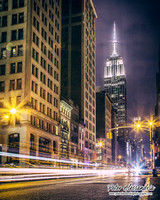 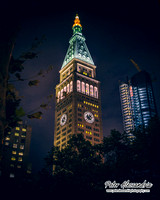 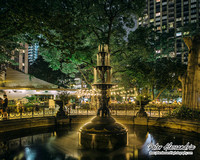 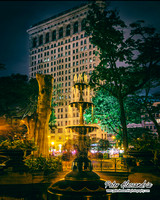