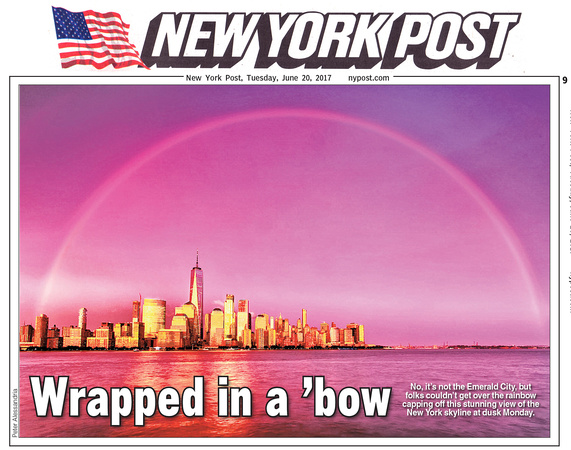 On Monday June 19, 2017, a ferocious squall line moved thru the New York City area bring rain, high winds and thunderstorms. After being pummeled for nearly two hours, just before sunset there was a sudden break in clouds and the City was bathed in an-otherworldly glow of golden light. And then almost on cue an amazing, awesome, awe-inspiring double rainbow appeared over NYC. A complete 180 degree capsule of light engulfed the metropolis. Everyone around me slowly stopped what they were doing and fell silent. One person had tears in their eyes, and another brought his hands to his chest and started praying. Like most rainbows, it only lasted a few minutes. I've never seen anything quite like it but it has left a profound and lasting impression on me.
(C) 2017 Peter Alessandria
User Agreement
Cancel
Continue