14 photos
THE STORY BEHIND THE PHOTOS

I've always loved sunflowers. A few years ago I heard about a sunflower farm near Newton, NJ. The flowers are grown commercially and typically bloom for about two-three weeks in mid-August. The flowers have turned into a local event each summer with many people visiting (I have since learned there are several sunflower fields in New Jersey that attract throngs of visitors each August).

In 2011, I decided to finally go up there and shoot. Before heading up to the farm, I called to make sure the flowers were in bloom. I spoke with a very nice older gentleman who said it was indeed prime viewing time. I told him I was a professional photographer and he got very excited. He said the night before he and his wife were out in the field during the full moon and it was quite a sight to behold. The entire field was lit by moonlight. He said I should come up at night and take some photos. I told him I would try. However, because of my schedule I didn't get to shoot anything that night.

Well for the next year I kept thinking about going back get some shots under the full moon. When August, 2012, rolled around, I checked the moon charts and set a date. I recruited my friend and fellow photographer Larry, and off we went to Newton on the night of the first full moon.

Successfully taking photos in the middle of the night takes some planning - and some luck. For maximum effect, you need not only a full moon, but also a mostly clear sky and a windless night. The reason no wind is important is because in order to photograph at night, you need to take long exposures. Long exposures, in turn, mean if there is any wind, the flowers will come out blurred. Luck must have been on our side because the air was completely still and we got some great sharp photos.

We actually did two different shoots: shot first at dusk to get the setting sun in the photos, went out for dinner, and then headed back around 10PM when the moon was up. We did just that and it was spectacular. The shots taken at dusk with the setting sun in the background are phenomenal. I got creative and used some colored filters over my lens to create a surreal-looking colored skies you see in many of the photos. And then shooting under the full moon was even better. The moonlight was so bright many people can't tell the photos were taken at night. Hint: all the photos in this collection with the blue skies were actually shot at night. If you look closely you can see the stars in the sky. 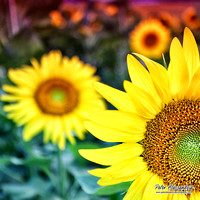 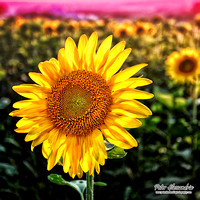 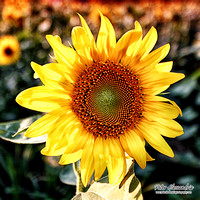 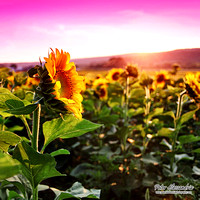 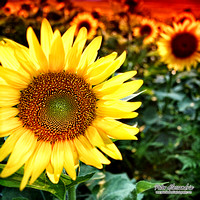 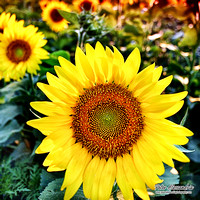 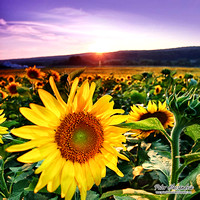 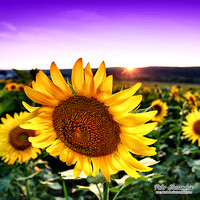 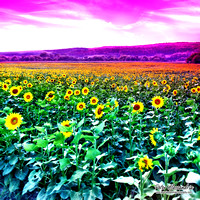 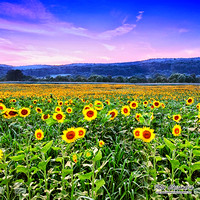 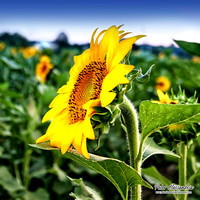 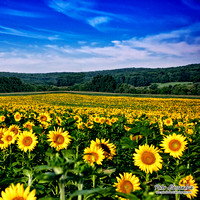 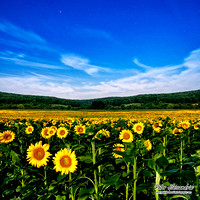 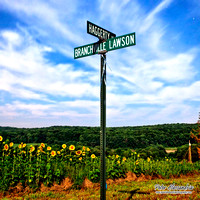